My grandparents met in Paris, France in approximately 1919 during World War 1.  It was in Paris they fell in love.  He served as an ambulance driver and she served as a nurse in the war-time effort.    The story goes that my grandfather took my grandmother to a park in Paris and proposed marriage to her on a park bench.  She said yes, and when the war was over, he went back to the Paris park officials and asked if he could buy the bench.  The park officials told him that no, he could not buy the bench.  My grandfather, never liking the idea that something couldn’t be done or had because someone said, “No,” determined that the park bench must be had, and so somehow  he had it shipped home at the end of the war.

Through all their growing up years, my father and his siblings grew up with the park bench on their family estate.  In the early 60’s, after my grandfather died, the park bench went to reside at the family plot at the local cemetery.  For almost 100 years, that bench has remained an icon in our family, painted from time to time in the same Paris France park bench green and lovingly remembered as the bench that started it all.

While the park bench holds a firm place in our family history, it also has a history of its own here in the states.  It is unknown how many of our cousins have followed the same tradition as our grandfather, but for sure, I was one of them.

In 1999, my husband and I were dating.  I knew he was wonderful and I wanted to be a part of his life.  While he was away on a trip, I planned a way to ask him to marry me.  In anticipation of the moment, I had come up with the idea to buy him a gold “love-knot” tie tack. However, when he returned from his trip, I chickened out worried that he would say no.  Consequently, the tie tack sat in my dresser drawer for a few more weeks.

On October 31, I was mentioning to a friend what I had thought of doing and when she heard that I did not go through with it, (and knowing about the park bench,) told me that I had to “kidnap” him that day, and take him to the park bench and ask him to marry me.  Although it had not been in my original plan to “use” the iconic park bench, her suggestion had great motivating power.  I called him up, told him to get ready, that I would be taking him on a drive.

I grabbed the tie tack, popped it in my pocket and went to go get him.  It would be a several hour drive and we needed to get going to make it before the sun set.  All the way down, the box that held the tie tack, “burned a hole” in my pocket.  I was so excited.  My husband just read the paper not having any idea what was coming.

Finally, we arrived at the cemetery and slowly turned in and drove to the family plot in the back.  We got out of the car and I showed him the graves of my various family members buried there: my great-grandparents, my grandparents and my sister.  I then suggested that we sit together on the bench under the big tree, and it was then I told him the story of my grandparents and how they got engaged in Paris, and why the bench we were sitting on was significant for our family.  We sat there savoring the moment with the sun now set, the sky a pale pink and blue and a little bat flitting around in the long shadows of the day.  It was a perfect scene.

It was then I then pulled the tie tack box out of my pocket and “popped” the question.

I don’t think he could have been more surprised.  He sat there opening and closing the box several times as if to stretch out the moment and let the question sink into his mind.   In the meantime, my heart was racing as I waited for his answer.

He did not say yes that night, but I knew that he was a careful man and not one to jump into something so big without considerable thought.  It would be a long 6 weeks before we were formally engaged.  He finally told me one night when, after I had cracked two ribs and was crying about how much pain I was in that he folded me into his arms and whispered in my ear, “Would it make you feel better to know that I have decided to accept the “love-knot?”  Instantly my tears stopped and I remembered no pain.  I had previously hidden the “love-knot” in his secretary’s desk behind the books, so I went to get it for him and this time, he graciously accepted it…and that is the rest of the story…(as the saying goes.) 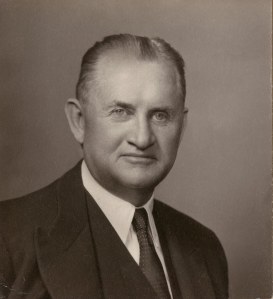 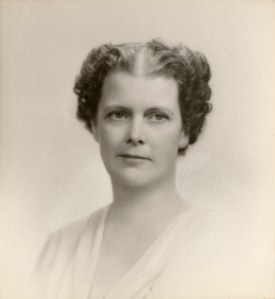